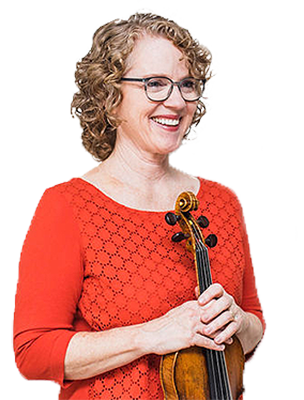 LOGIN
Become a Member
About Us
Hi, I'm Beth Blackerby, the founder and owner of Violin Lab.(If you want to skip to my official "bio", scan to the bottom of this page). I would like to tell you why I created Violin Lab. Ten years ago I had the pleasure of teaching several adult violin students, all of whom had a unique passion for learning and practicing the violin. You have to understand how unusual this was for me. First of all, I had been playing the violin since age 5, so never came to the instrument of my own volition. Secondly, it became a career path because frankly, there was not anything else I was interested in or could do. Now mind you, I did love the violin. I remember being moved to tears in high school during an All-State orchestra rehearsal of the Barber Adagio for Strings.

As a teacher though, I was used to my young private students, following the whims and dreams of their parents, coming to lessons with little enthusiasm and no thirst to know more about violin playing. The sharp contrast of the enthusiasm in my adult students was such an inspiration that I was struck with the idea to create a hub for adult violin enthusiasts. I figured that their enthusiasm was not unique to them, but unique to adult learners across the globe! I sensed that these students felt disenfranchised from the violin learning scene as they were not young kids.

So it was in the process of developing the video lessons for Violin Lab that I discovered my true passion in life: Finding the best, most effective way to explain the details and science of violin playing so that anyone can learn to play well without a private teacher (if they did not have one).

While there were a only few good video tutorials on Youtube (this was in the year 2007), there was no place with a sequenced curriculum. It was and continues to be my mission to be the best explainer and demonstrator of violin playing on the internet. The feedback (see testimonials) I have received from Violin Labbers has convinced me that I'm doing a good job and is daily inspiration to create more! Violin Lab has been going strong since 2008 and as for me, well, I plan on doing this until the day I die!

In addition to running Violin Lab, Beth Blackerby is the violin instructor at Southwestern University in Georgetown, Texas. She performs with the Austin Symphony and Barton Strings Quartet.

Beth earned her Bachelors of Music and Masters of Music degrees in violin performance from the University of Louisville and the University of Wisconsin respectively. After completing her Master of Music degree under the tutelage of Vartan Manoogian, a former student of Ivan Galamian, Beth moved to Europe and won a violin section position in the orchestra of the Gran Theatre del Liceu in Barcelona, Spain. After two years in Barcelona from 1987-89, she returned to the United States and completed post graduate course work at the University of Texas in Austin, Texas where she was the Assistant Director of the University of Texas String Project, an internationally recognized string teacher training program. In the mid and late 90s she commuted to Santa Fe New Mexico where she played and occasionally served as concert master of the Santa Fe Pro Musica Chamber Orchestra. From 1996-98, Beth was the violin instructor at Texas Lutheran University and concert master of the Mid Texas Symphony and played with several Austin area professional ensembles.